TOUTED AS the world’s most powerful smartphone, the Samsung Galaxy Note 10 was officially unveiled days ago at the Samsung Unpacked live event in New York. As it’s tradition, Samsung South Africa pulled out all the stops to ensure we don’t miss out on the festivities and hosted a select group of media at The Venue Green Park in Sandton, Johannesburg for an intimate night of ample discoveries.

By now you should be familiar with some major changes that accompany this much-talked about newest member of the Note series, which includes the DepthVision rear camera with 3D. This essentially allows users to take 3D scans of objects and turn them into animated GIFs. While some Galaxy fans may have expressed interest in the Notes in the past but rather opted for other top tier variants because of their boxy design, the reimagined S Pen makes the Note 10 all the more harder to ignore.

As Samsung points out, the stylus pen allows users to jot down notes and instantly convert the handwritten notes to digital text, and if they so wish export them to Microsoft Word documents – in any text size and colour of their choice. What a wow!

The standard Galaxy Note 10 is slightly smaller than the Galaxy Note 9, measuring in at 6.3 inches as a full rectangle, while the 10+ boasts the biggest screen out of all the recent flagship models at 6.8 inches. When accounting for rounded corners they both don 6.2 and 6.7 inches respectively. Both phones feature Dynamic AMOLED displays with a circular notch cutout housing the front camera; the Plus version’s display is a Quad HD+ with a 3040 x 1440 version, while the entry model has an FHD+ display, packing a 2280 x 1080 resolution.

The Galaxy Note 10+ has all the same 4 cameras (1 front and 3 rear) as the regular Note 10, plus one more (rear). Furthermore, they both have 10MP front camera, which now sits in the center of the screen and has been upgraded for better low-light shots. The rear on the other hand is packed with a whopping 40MP in total (16MP Ultra Wide Camera, 12MP Wide-angle Camera, 12MP Telephoto Camera). However, it’s only the Note 10+ that has the groundbreaking DepthVision.

The Galaxy Note 10 and Note 10 5G is powered by a typical 3,500mAh battery and the 10+ variants use 4,300mAh. They both support fast-cable and wireless charging, and are equipped with the PoweShare feature.

Pre-orders can be placed online and come with a limited launch gift to the value of R3 500. 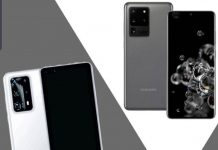 Samsung Galaxy S20 Ultra vs Huawei P40 Pro: which is the camera champ? 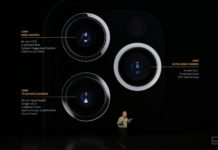 Apple’s new iPhone 11 Pro and 11 Pro Max. All the important features and announcements 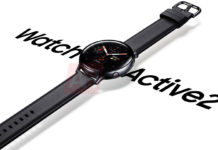