In the first season of this great procedural comedy-drama, ‘The Rookie‘, viewers met John Nolan, a small-town guy who packed up his life and moved to Los Angeles to become the oldest rookie in the Los Angeles Police Department.

Season 2 starts six months into his career as a cop. The LAPD officers are grappling with the aftermath of an attempted attack on the citizens of Los Angeles, and John needs to decide what type of cop he ultimately wants to be. ‘The Rookie‘ has already been picked up for a third season, so be sure not to miss a moment of John’s journey.

The much-awaited fourth season of ‘The Good Fight‘ opens with an episode called “The Gang Deals with Alternate Reality”. Diane (Christine Baranski) wakes up in a Twilight Zone type of new world: Trump lost the elections, leading to Hillary Clinton being the first woman President of the United States of America. It all brings great joy to Diane, but she soon figures out that external appearances in politics do not always bring reliable indication of its true nature.

From the creators of ‘Mr Robot‘, this brand-new drama series based on a novel by Ross Thomas, follows Allegra Dill, played by Rosario Dawson, as an investigator who returns to her hometown in Texas to solve the death of her sister. What begins as a search for her sister’s killer turns into an all-out fight to bring the corrupt and elite of the town to their knees.

A bunch of the hottest singles imaginable create steamy television as they take up challenges and swap partners. Their mission? To find the perfect match and reap a stash of cash. The sixth season of ‘Love Island UK‘ was filmed under sunny South African skies in a villa in the ultra-posh suburb of Constantia, Cape Town. It’s the first season with Laura Whitmore as the host. 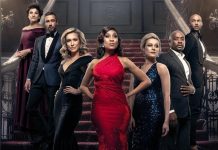 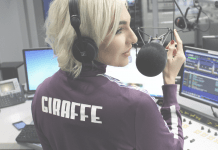 Branding secrets you can learn from Liezel van der Westhuizen

Joburg inner city is alive and has a lot to offer...