The Wild Coast community is strongly refuting sensational ITV report claiming that it ranks as the hardest hit in the world in terms of the impact of Covid. A broadcast segment and article by UK-based ITV portrayed the Eastern Cape, and its remote rural areas in particular, as the “deadliest place on Earth”.

Lynne Wilkinson, of the Bulungula Incubator, in the Mbhashe municipality in the Eastern Cape, says the ITV crew spent two days in the area to better understand concerns over the challenges faced in getting Covid-19 vaccinations to the rural and remote parts of the province.

In contrast with ITV’s claims, the villages featured in the footage have in reality reported only five deaths during the height of the second wave experienced in December and January In South Africa, which according to Wilkinson is in line with what would be typically experienced during the period.

Dr Ben Gaunt, the Clinical Manager at Zithulele Hospital in Mqanduli, OR Tambo District in the Eastern Cape says while the message that impoverished people in the area have poor access to healthcare is valid, the claim that the area is “the deadliest place on Earth” is a distortion of a much more nuanced issue. “At Zithulele Hospital, we haven’t had a single positive Covid-19 diagnosis since the end of February to date, which means we have had six weeks without a case,” he says.

Dr Gaunt says ITV’s “1 death in 300 infections” number used in its reporting is problematic, as it was reached using a crude excess mortality rate along with reported infection numbers for the whole Eastern Cape province, including the urban metros of Gqeberha and East London, and not specific locations within the province.

Prof Alex van den Heever, chair of Social Security Systems Administration and Management Studies at the Wits School of Governance, agrees that the data used in the article is objectionable as they aren’t “comparing apples with apples”. He says many countries aren’t reporting their excess death numbers, making comparisons with other destinations impossible on any metric other than confirmed cases. Using confirmed cases is equally problematic as it is widely accepted that in many parts of the world this number is underreported.

From a foreign visitor perspective, if you aren’t living in poverty miles from healthcare facilities then you aren’t going to be affected by the drivers of mortality in the same kind of way, says Dr Gaunt. “One doesn’t want to downplay the very real challenges we have with local communities often still struggling to access healthcare – but we should be very clear then about the messaging and not make sweeping sensationalist claims,” he says.

“In fact, from my perspective, if a person was looking to escape to a safer place, it’s hard to imagine there is a better place than a Wild Coast beach without another soul on it,” says Dr Gaunt, emphasising that should travellers arrive with a sensible mindset and observe globally accepted health and safety measures, the destination is probably amongst the safest in the world.

Johann Stadler, founder of Mdumbi Backpackers, located in the heart of the Transkei, adds that it’s also important to note that while there are some good rural hospitals, it is also possible to travel to Mthatha, or even Durban or East London as a tourist with means of transport, to receive medical care if required. 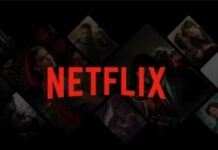 Go woke or go broke: a snapshot of Netflix demise as viewers share their frustrations 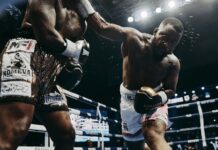 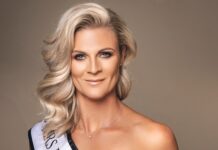 How to build self-confidence in your adult life; tips by Mrs Globe Africa 2022