Home Tech Mobile & Phones Could this be one of SA’s most competitive data promotions to date?...
Facebook
Twitter
WhatsApp
Linkedin

At the weekend, Vodacom revealed its newest 2018 summer campaign, #SummerGigs, during the sold-out Soweto derby match at the FNB Stadium in Soweto between two of South Africa’s biggest teams which it both sponsors; Kaizer Chiefs and Orlando Pirates. For the past years around this time, South Africa’s largest mobile operator has made it their duty to find ways to lift the country’s mood and get the people “into the festive vibe” and what better way to do that than to help us cope with the high cost of living, not to mention the already ridiculous, high mobile data prices in South Africa.

By simply using a minimum of 10MB per day of paid data to connect with friends and loved ones, or simply live steaming their life experiences, Vodacom customers stand the chance to win up to 100% of their data back to use the very next day.
Customers can amplify their winning streak by using their data for seven consecutive to receive an entry into a monthly draw and stand the chance to win these big prizes; one of the 15 Renault Dusters (with a year’s supply of fuel to the value of R24 000) or one of the three R1 million Vodacom Millionaires cash prizes.

“We are going to give some of that data back to you because we want you to be doing the things that are fun and engaging,” said Abey Mokgwatsane, Vodacom head of Brand and Communications, adding: “We want you to be engaging socially with your friends. We want you to be setting up appointments, streaming your music, and your favourite soccer teams and watching the game from your phone because as a brand, we recognize that data is life and we don’t want that (lack of it) to hold your life back.”

The announcement has since been welcomed by multitudes of customers across the country, in what is expected to be one of South Africa’s most competitive data incentives, this arguably after Rain Mobile’s entry into the market, which has prices as low as just 16% to that of its more established competitors. Interestingly, the data-only network operator (Rain), which sells data for as little as R5 for a 100MB and R50 a gigabyte, already lets Vodacom roam on its network, in a move that positively stimulates competition, and likely to force other mobile operators to reduce their data prices. 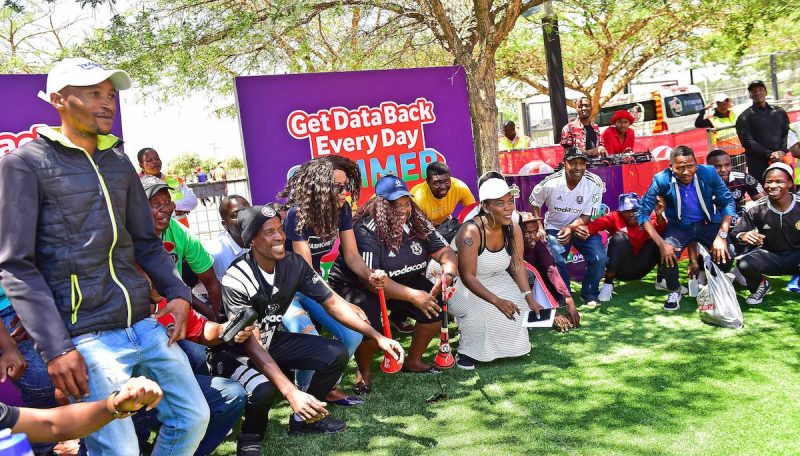 The initiative follows hot on the heels of last year’s Shake Every Day” campaign, which Vodacom used to highlight some of the products and services the company needs to develop to make their customers’ lives better. The campaign, which saw over 21 million users share in data and prizes, served as the perfect platform for Vodacom to reposition itself as a brand that “helps consumers navigate the future” by highlighting some of the latest technological disruptions – incorporating big data and artificial intelligence learning – sweeping the world by storm.

Explaining the vision behind the campaign during an exclusive media briefing attended by NOWinSA, Mokgwatsane had this to say: “As a brand, we want to do things differently – so there are some big changes we are going to introduce. One, this is much more of a digitally led campaign, while we have an incredible TV production. The rest of the content is going to permeate across all of our social media platforms, including WhatsApp as a channel.”

He added: “As a brand, we have to be leading in terms of showcasing how digital marketing is shaping the future, and I think we have taken a big step towards achieving this goal. Another thing I’m excited about is that we are once again supporting South African music, and the theme song for the campaign is Mlindo The Vocalist’s hot new song Macala. He’s a new artist and he’s blowing up the airwaves. We think that as a brand if we are going to be spending all this money on media, we might as well be supporting South African society and most precisely, local music. You’ll remember earlier this year, we used DJ Maphorisa in one of our campaigns – so you’ll see much of us getting involved in the South African society, bringing out the best in us and really making a celebration of it all.”

Vodacom customers can opt in by dialling *133# or by downloading the My Vodacom App. 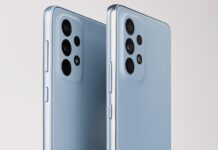 Cheaper yet way more powerful: introducing Galaxy A53 and A33 (5G) 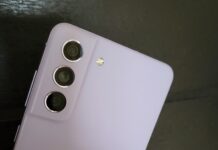