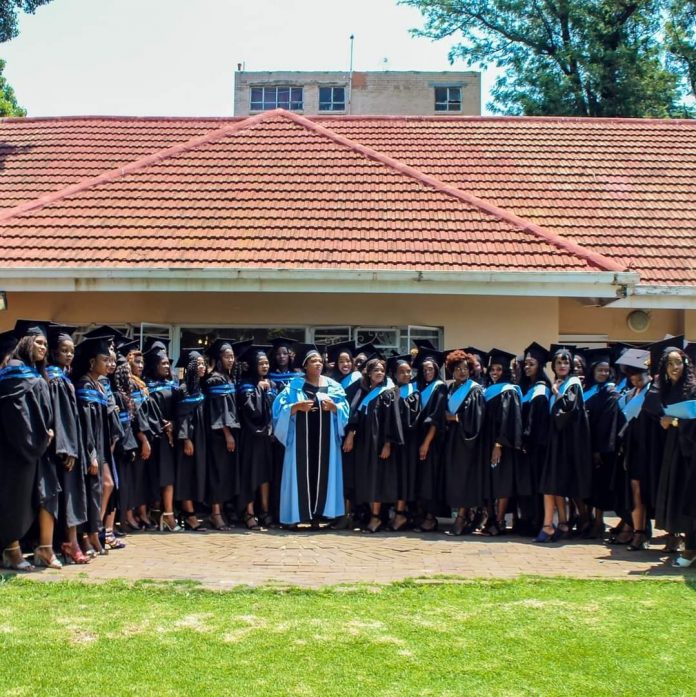 Despite the challenges coronavirus continues to pose on various industries, 2020 turned to be not just the busiest but a year of progressive growth in the number of graduates the institution has managed to produce, and notably its essential role in providing young women from marginalised groups with second chance education and real opportunities to compete in business.

With the main head office in Bramley, north of Johannesburg and satelite branches in and around Johannesburg, Durban and Cape Town, Mangako Health and Beauty Academy’s vision to become one of South Africa’s leading skill and personal development centres got a step closer with a record number of over 70 new graduates in November 2020.

Fast forward three months later, the establishment now counts the acclaimed Sorbet Group as one of its closest allies following a new strategic partnership that will see the two not only share resources and market knowledge – in this case ensuring that skill transfer is a smooth ride for either of the parties involved – but also improve competitive advantage.

Likewise, this exciting new partnership is something that owner and founder Charity Sizani Tshuma – who dabbles in and enjoys teaching the young women – doesn’t take lightly given that just a little over a decade ago, she would have never imagined that what started out then as a simple hobby, would later turn out to be such an effective change agent in the lives of thousands of vulnerable and economically marginalised young women yearning to run their own viable businesses, if not to simply earn a descent living.

With a wide range of affordable SETA accredited courses offered over a period of four weeks – ranging from manicure and pedicure treatments to massage, and facial skin care – the academy provides what it refers to as education without limitations.

Whether you are a full time professional, part-time worker, someone looking for a career change or starting your own beauty venture, Tshuma believes it’s never too late to learn.

Speaking to NOWinSA during a recent visit to their Bramley office in Johannesburg, she still recalls a simple prayer she made back in the early days of her journey. “I remember making a prayer saying ‘God please use me’ … and that’s exactly what happened,” she said referring to hundreds of youth, women and households she’s been able to positively impact since the company’s humble beginnings over a decade ago.

Majority of students are simply looking to better their lives after being stuck in unstable low-wage jobs working as maids, street vendors and day labourers, and come here after managing to save enough money for college tuition. However, it’s not about whether they have tuition money or not, she points out, “in fact some don’t, and I sponsor them. And when they start working and earning they can start paying me back.”

Training primarily occurs in the morning, she says, but “those who cannot be here for the morning programme come here as soon as they finish work “to attend afternoon couses”. She adds: “I accommodate them according to their availability.”

The company, she tells me, has become famous for its unique and flexible approach to learning. “Contrary to popular belief, this work is not easy and has a lot of hidden layers to it. And as you would know, we aren’t the same as people. Some are naturally fast learners, while others take longer to grasp things. So I make sure that I help each person until we are all happy, and they qualify.”

Although the academy has an effective job placement system in place which has seen them secure top jobs for some of its graduates in top salons and hospitality establishments, students are taught to be proactive, and become masters of their own destinies.

“Even after they receive their certification, I still have to mentor them on how to run their own beauty therapy practices – as opposed to just relying on having work handed out to them.”

These, she’s adamant, are some of the things that made her name famous over the years. “Besides, I am very careful when it comes to my name, I make sure that a person is on top of their game by the time they leave here.

“Some as we speak, are working in as far as Dubai, and all over Europe in prestigious cruise ships, ” she says, while others are running their own sustainable spas.” It’s no wonder she herself went from being a domestic worker to hosting successful spa events for big organisations like the ANC, Cosatu, Old Mutual and Ned Group, to now running her own prestigious health and beauty school, which transforms into a luxury spa over the weekends.

“It makes me emotional and happy at the same time watching how young women’s lives are completely transformed because of my touch. I can’t be prouder.”

When you walk into Mangako Beauty Academy offices in Bramley, North of Johannesburg, you are immediately greeted by a casual, yet peaceful, unpretentious atmosphere with a well maintained lush green garden space, instantly reminding you that you’ve entered a magical place of physical and mental rejuvenation.

Once inside, I was warmly greeted by the ever-pleasant Charity Tshuma as she gently ushers me to a seat in front of her desk, and just few feet from the reception – from where we were seated – a ‘student salon’ classroom was already in progress with close to two dozen students seated quitely and hard at work with real equipments and real customers as I got to learn later in the day.

Inevitably, the time came for us to stop talking and get down to business: head over to the treatment room for a calming, luxurious hot stone massage – delicately performed by one of the inhouse beauty therapists, the warm and friendly Natasha Tshuma.

O-oh-hh bo-oo-yy! I still can’t stop gushing over how amazing and deeply soothing and relaxing it was, months … and months later. I’m sold! 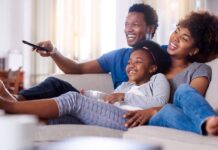 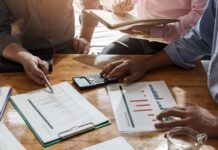 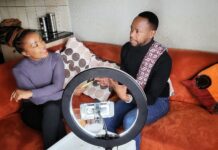 MultiChoice beefs up hyperlocal content for Pan-African audiences with launch of...

MultiChoice beefs up hyperlocal content for Pan-African audiences with launch of...