To his widow, Mpho Letsane, and their four children who are now struggling and facing the prospects of a bleak future without their only breadwinner, Baloyi was a loving and caring family man who tried his best to give them a better future.

On the day, his family will remember and honour the life of a man they regarded not only as their pillar, but was to many South Africans a true national hero who died a tragic martyr’s death when he was gunned down by a foreign national he had accosted for allegedly selling drugs to school children in the Pretoria CBD.

In media statement issued to NOWinSA, Baloyi was described as a “true hero of our people who knew that being a good dad didn’t mean being a present father to only his immediate family, but to the broader South African society as demonstrated by his patriotic action”.

“We are tired of seeing our youth’ lives and future ravaged by substance abuse, and we want every drug peddler lurking within our communities behind bars.”

That Mr Baloyi died for a good cause cannot be disputed. He couldn’t sit back and simply watch the South African youths fall deeper into the clutches of drug addiction, so he vowed to do something about it.

True to form, his murder has became a rallying point for the South African anti-drug movement, and in remembrance of Baloyi’s bravery, World Changer Candidates, a non-profit organization, whose aim is to fight and create awareness around the scourge of drug and substance abuse in South Africa, will on Thursday – August 27 (2020) -commemorate a year of his tragic passing in a fitting way; by joining hands with his family to appeal to the youth of South Africa to say ‘no to drugs’!

“We also urge every law-abiding citizen of this country and concerned members of our communities to take a stand in the fight against drugs, and report drug lords and peddlers, so they can be stopped in their tracks. We are tired of seeing our youth’ lives and future ravaged by substance abuse, and we want every drug peddler lurking within our communities behind bars,” said Lucas Mahlakgane, World Changers Candidates’ founder and chairperson.

“Drugs are the main cause of all social ills, gender based violence, human trafficking and all sorts crimes,” added Mahlakgane.

To help keep Jabu Baloyi’s memory and purpose alive, World Changers Candidates is planning to commemorate him annually on June 26 which is International Day against drugs and illicit substances.

*For an update on what some of South Africa’s leading brands are doing to empower local communities, make sure to visit the Empower SA page daily! 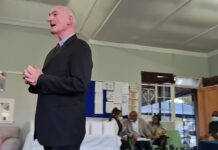 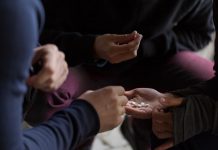 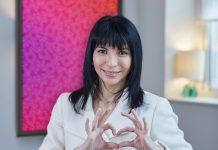