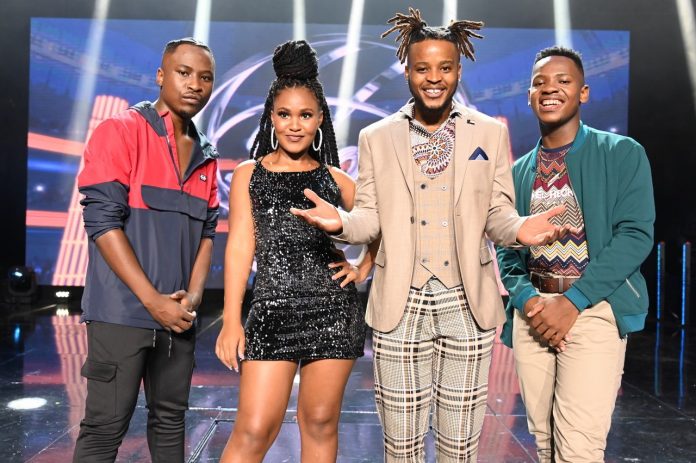 Eager to prove they have what it takes to become South Africa’s next big thing for this season (S16) of Idols SA, the remaining hopefuls performed songs by artists who have been part of the Kalawa Jazmee record label over the years.

ZanoThando was the first to perform, and likewise managed to receive all round praises for his superb rendition of ‘Via Orlando’ by DJ Vetkuk vs Mahoota featuring Dr Malinga. Randall Abrahams praised him for his brilliant song choice, which allowed him to focus on his strengths, while Unathi Nkayi said this was his best vocal yet.

ZanoThando impressed yet again when he returned in the second half of the show to perform  Caiphus Semenya’s ‘Angelina’ with last years’s favorite, the Mzansi Gay Choir, which left Randall adamant that this was the showstopper week.

Mr Music was next, with a soulful and mesmerizing performance of Mafikizolo’s ‘Emlanjeni’, leaving Unathi to believe he had secured his spot in the finale.

Somizi said he had lived up to his name, giving him his ultimate nod of approval with his trademark “Whoo Shem!”

He returned even more charged up to sing ‘Stimela Sase Zola‘ by Mbongeni Ngema, with Somizi jumping out of this seat for a standing ovation, while Unathi could only chant out praises in her native isiXhosa.

The only surviving woman in the competition, Zama, performed Boom Shaka’s ‘Thobela‘ but sadly received mixed reactions from the judges. While Somizi loved her vocals, he felt she had fallen short with her performance. Unathi added that the viewers needed much more from her if she was to make it all the way to the finale.

Luckily she managed to redeem herself in the second half of the show when backed by the Mzansi Gay Choir for the rendition of Beyoncé’s ‘Sweet Dreams’ – leaving the trio – Randall, Unathi and Somizi – all impressed.

Brandon rounded off the evening’s performance with nothing short of showstoppers – starting with Ndlovu’ by DJ Zinhle – which left Randall remarking that he had been consistent throughout the competition.

He returned with ‘Toosie Slide’ by Drake, and once again, Unathi was totally gobsmacked as she remarked he had annihilated the competition with his song choices. Somizi on the other hand commended him for his versatility, while Randall said the song sounded like his own record.

“With the three weeks left before we announce the winner, Idols SA fans are in for a treat! What we are seeing here is the making of new stars and Mzansi Magic is proud to have provided a platform for the contestants to make their dreams a reality,” said M-Net’s Nomsa Philiso.

It is now up to the viewers to decide who makes it to top three by voting for their favourite by http://www.idolssa.tv. Voting lines are open all week.

Idols SA season 16 is on Mzansi Magic (DStv Channel161) on Sundays at 5pm.

For our previous coverage of Idols SA S16, click here. 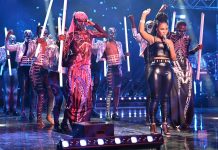 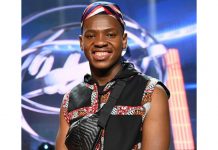 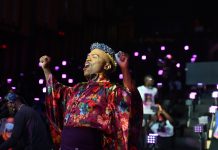